Grantseekers should read through the below sections before considering applying.

WHAT WE FUND & WHAT WE DON’T

We appreciate that time spent on grant applications is time not spent on your work. We don’t want you to make the effort to apply for a project we can’t fund! Please read this to make sure your project fits the criteria.

We cannot fund projects outside of our scope.

Click the icons below to learn more about our three thematic areas of funding and what qualifies for grants under each. 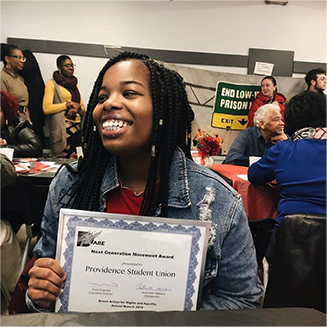 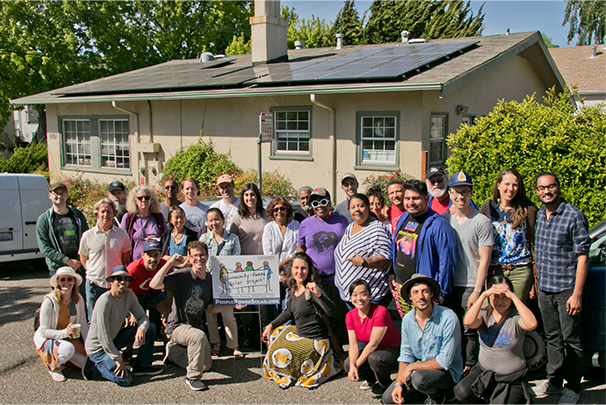 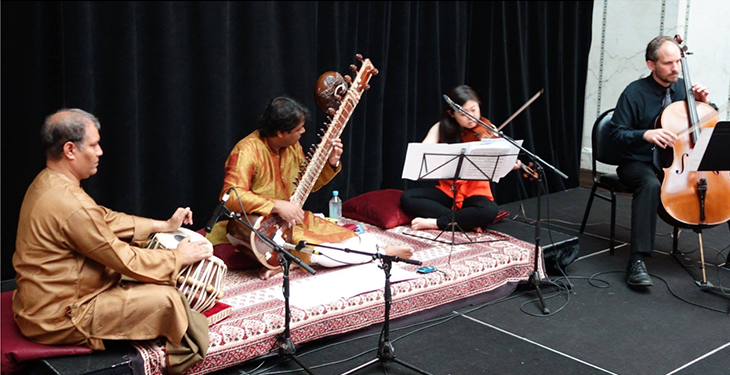 COMMUNITY ORGANIZING: Sparkplug funds work by members of a community for their community -- work that aims to create justice by making systemic change and/or shifting power. Or in other words, we fund projects that are created, run by, and meet the needs of people with shared lived experience who face the same types of oppression, discrimination, violence, or barriers, who live in the same area, or who have a shared vision and aspirations for the future.

For example, We DO fund projects created and led by LGBTQ youth to change policies that affect them, but we DON’T fund programs that provide social services for LGBTQ youth.

Some other examples of community organizing that we have funded in the past include:

+ A farmworker-led campaign against deportations and for access to drivers licenses for undocumented people.

+ Training community members as housing organizers as part of a campaign to build their leadership capacity and win local housing justice.

+ A COVID-19 related mutual aid and advocacy project by and for people experiencing homelessness.


For more examples please visit our Past & Current Grantees page.

EDUCATION: Sparkplug funds projects to educate or support communities, including but not limited to school-age students, that move beyond traditional classroom instruction. In keeping with our justice-oriented framework, we fund education projects that engage excluded students in new ways, projects that restore knowledge that has been marginalized through racism or colonialism, and projects that rebuild community and collective problem-solving.

We're especially interested in supporting critical and investigative thinking, and projects that address race, gender, and class disparities in education. We do fund community-based education   and social justice curriculum development,  For example, we have funded the development and sharing of curriculum that explores connections between Palestine and the US/Mexico border region to teach students to think critically about the impact of militarized border zones on youth, families and the environment.


We do not directly fund schools and do not fund programs that have been eliminated by budget cuts. Finally, we do not fund arts projects under this funding area.


Some examples of education projects that we have funded in the past include:


+ A program using digital tools to educate consumers on how they can support farmworkers rights.

+ A youth-led education campaign exposing and opposing militarization in their community.

+ A digital platform to preserve the archives of a local black community.

For more examples please visit our Past & Current Grantees page.

MUSIC: Recognizing the critical importance of music in bringing communities together and building collective creativity, Sparkplug supports emerging musicians in developing new work, sharing existing work with a wider community through events or media, bringing together musicians to collaborate on creating or performing pieces, or facilitating new workshops that bring music to oppressed communities.   Applicants for music grants will be asked to submit a sample of their music with their Letter of Intent form.

Please note that we do not provide budget replacement funding for music programs in the education system suffering from budget cuts.  The best way to understand whether your project may be fundable is to look at our past music grants.

Some examples of music projects that we have funded in the past include:

+ A music and other media production of a multi-ethnic Ottoman world, drawing on the stories and songs of Sephardic women.

+ Commissioned compositions and the production of CDs in selected genres.

+ The development of a musical program, using historical materials, memorializing the Triangle Shirtwaist Factory Fire in 1911.

+ A multi-media, semi-staged performance based on the life and poetry of the celebrated Italian Renaissance poet, Torquato Tasso.

For more examples please visit our Past & Current Grantees page.

Click on the questions below to learn more information about our grant process.

1. Create an Account: To begin the application process, you will be asked to create an account with a username and password. Once submitted, you can log back on to see the status of your application. If you have applied for a grant before, you can log into your existing profile.

2. Basic Questionnaire: You will be asked to respond to a few basic questions to see if you meet the foundation’s criteria for a grant.

3. Letter of Intent Form: If you meet our grant criteria you will be asked to fill out and submit our Letter of Intent form. This is a short form where you will describe your project and answer a few basic questions.

4. Application: We will review your Letter of Intent Form. If we invite you to submit a full application you will be notified by email. (This step is intended to ensure that you only spend time on an application if it has a chance of being funded.) The application will ask further questions and request that you submit some documents. If you are having trouble submitting documents as pdfs, please see the FAQs for more information on how to do this.

5. Notification: You will receive an email notifying you whether or not your application has been funded within a few days of the grant announcements posted on our website.

The date for grant announcements will be shared on the website. On that date, the names of grantees will be posted. Within a few days you will also receive an email notifying you if you have received a grant or not.
We consider grant applications for amounts from $1,000 to $20,000. Most grants are in the $10,000 to $15,000 range.

In short, no. We accept applications for one-year grants. If you're a new organization interested in a start-up grant that spans beyond one year, you are invited to note that on your application, but can only apply for first-year funding. We'll be in touch if we think we can do more.
MAKE SURE YOU MEET THE CRITERIA - Thoroughly read this section, along with the What We Fund and What We Don’t and Areas of Funding sections to make sure you meet grant application qualifications.

GET SPECIFIC - Many proposals are good at describing a problem or opportunity they're addressing, but become vague when outlining how they plan to address it. Be specific. Write down the steps you'll use to get there, the people and materials you'll need to do it, etc. Tell us how you know you've chosen the right way to tackle it. Tell us what other groups you'll be working with and who will be reached by the project. Tell us how you'll know if you've been successful. You can and should use plain language.

SEED FOR SUSTAINABILITY - Sparkplug is a small foundation, which is why we make grants where a small, one-time grant can have a big impact. Strong proposals demonstrate how they will use funding to seed an idea or impact and influence systems and structures for long-term change.

DEMONSTRATE ACCOUNTABILITY TO COMMUNITY - Power imbalances and systemic oppression in the world impact how people within organizations interact, and how organizations make decisions that affect others in their communities. Strong proposals will demonstrate mechanisms that allow those most marginalized in their community and organization to have a voice and decision-making power in the proposed idea and implementation. (This goes beyond having a diverse board.)

No. Choose what is most important to you and make your best effort to figure out where your project fits.
No, we only accept one application per organization or individual per grant cycle.
Yes, you can re-apply if your initial application was not accepted.

Yes, but because our aspiration is to spark new ideas and projects, we look carefully before making a second grant to an organization, even for a new project. Things you should consider are:

Did I submit a report on my first grant?

Is the project or idea a truly new one, or is it a continuation of the work I previously applied for?

We recognize that a large part of the work towards equity and justice takes place outside of the non-profit 501c3 framework. Unfortunately, because of government regulations, at this moment we are limited to working within this framework.

If you are not a 501c3, you will need to have a fiscal sponsor to accept funding on your behalf. The fiscal sponsor is legally responsible for proving that the grant money has been spent on non-profit purposes allowed by U.S. tax law.

We ask each grantee to send us a report in the year following your receipt of your grant letting us know how you used the funds, what impact(s) they had, and why you were or were not able to achieve the objectives you outlined in the grant proposal. (Since we are always trying to learn, we want to hear about things that didn’t work, as well as successes).